For our anniversary my partner took me to Monterey, CA to go to the Monterey Bay Aquarium and go whale watching. I have been obsessed with sea life since I was a toddler. Seeing whales was on my things to do while I'm alive list. This will be baked in my memory for rest of my life. The moment I spotted one I gasped and was elated. If I had just seen whale spouts in the distance I would have been thrilled. Seeing whales breaching was beyond anything I ever dreamed. I can't wait to do it again, maybe next time during Blue Whale season. Below is a video I put together. I edited to build anticipation, but if you want to skip to leaping whales the action really starts around 2:12.

We went out with Blue Ocean Whale Watching in Moss Landing, CA. The captain and onboard scientist were awesome. They taught us that the whales are there to eat fish and krill for months, before migrating to tropical water off Mexico to mate and give birth. They will likely not eat after leaving the bay and need to fatten up enough to migrate and then nurse a 30' whale calf. So they gorge in Monterey Bay day and night for months!

I have been experimenting with hydroponically starting seedlings on sheets for my ecological restoration projects. This I am going to say is a failed experiment thus far. The seedlings start out strong. The rate of sprouting in the hydroponic trays anecdotally seems great. They do not seem to be transitioning well to soil. A squirrel accidentally did me a favor and tore up one of the sheets. I noticed on the underside of the sheet there were many roots coming through. Prior to this I had also noticed the sheets needed more frequent heavy watering than seeds started outside on bare soil. Considering my goal of saving water and making it easier to get a prairie patch started this is not the outcome I'm looking for.

There are variables I might test in the future. Perhaps a material thinner or more open than jute mats would like more roots through. I have been using humidity domes on the trays because it encourages sprouting, perhaps it is discouraging root growth. These are variable I might test later, but I have learned a lot from this failed experiment!

Plus I'll need to figure out what to do about the squirrels digging up the sheets. 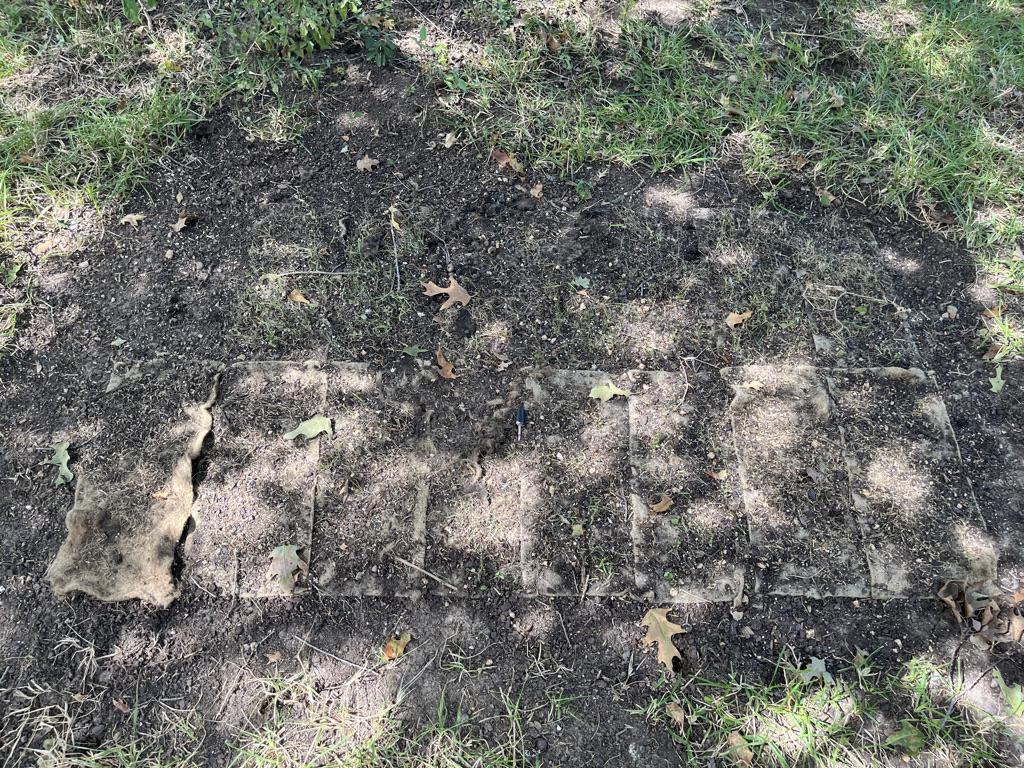 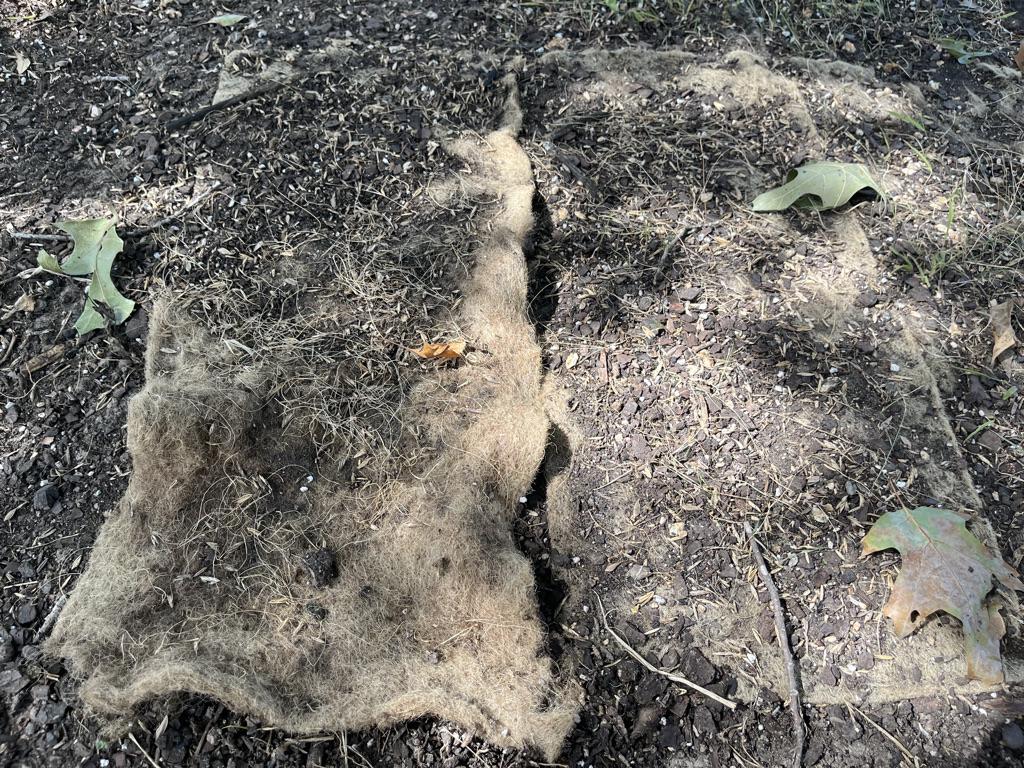 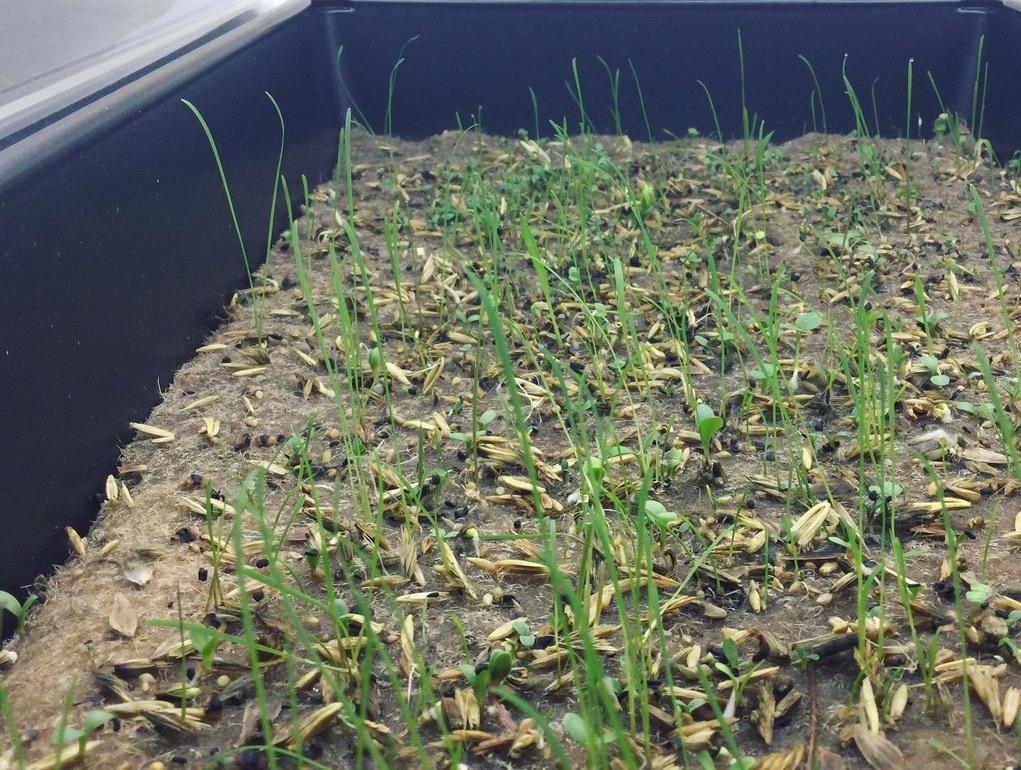 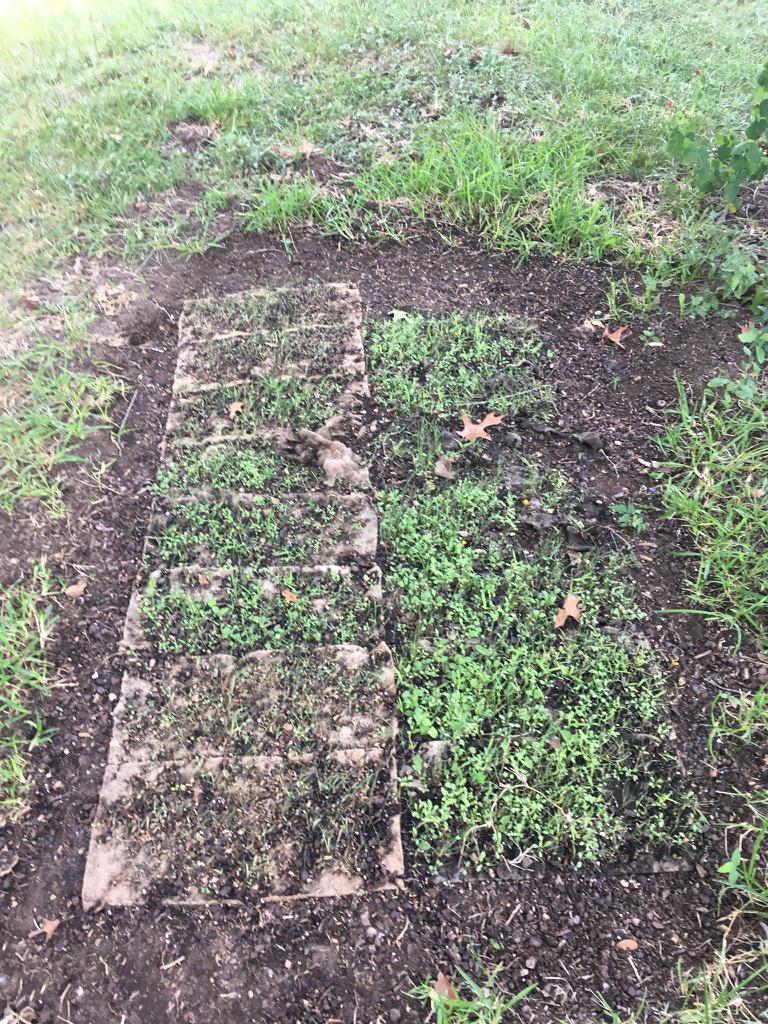 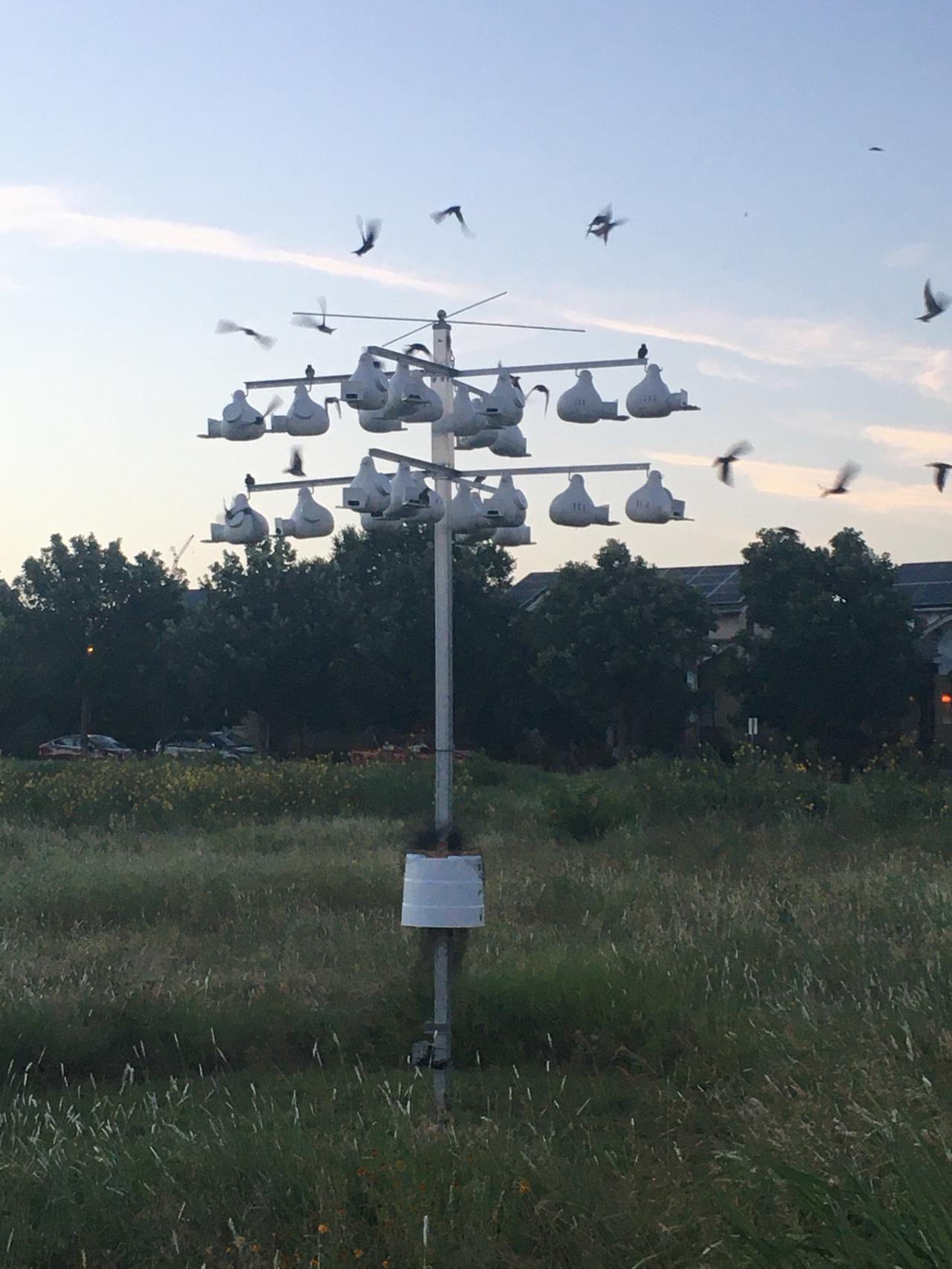 this is a purple martin bird house in a park near my house.

purple martins were nearly extinct. invasive birds* had crowded them out of their nesting sites. the species has made a resurgence because people started keeping artificial nesting sites for them. now 90% of purple martins nest in structures maintained by volunteers. what we do as individuals to help nature matters, every little bit adds up.

*introduced by someone who wanted all the birds mentioned Shakespeare to be in nyc central park!

When one thinks about environmentalism they are probably thinking about conservation. Actively protecting beautiful, natural places. Or maybe one thinks of waste reduction and recycling. Or maybe planting trees. Which are all needed and wonderful actions. What I am personally interested in is a practice called Ecological Restoration. It is the science and art of trying to rebuild ecosystems on land damaged by human action.

In the process you remove what you can from human activity, get rid of invasive plants, and plant a large diversity of grasses, flowers, trees, that would have been there before the land was altered. To try to restore wildlife habitat.

I think restoration is beautiful and poetic environmental work. Most of us can't create a national park or protect untouched wilderness. But anyone can make the little bit of ground they have access to better for wildlife by planting native plants. Doing that creates habitat for wildlife. Helps the soil hold water, sequesters carbon, and it's beautiful. It is something I am trying to make a bigger part of my time on Earth. I think if a place can be wild that it should be wild.

One can restore their yard to be wild, spread native wildflower seeds in an empty lot, or volunteer with restoration projects in your town. We can undo some of the damage humanity has done and make the world a more vibrant and healthy place. 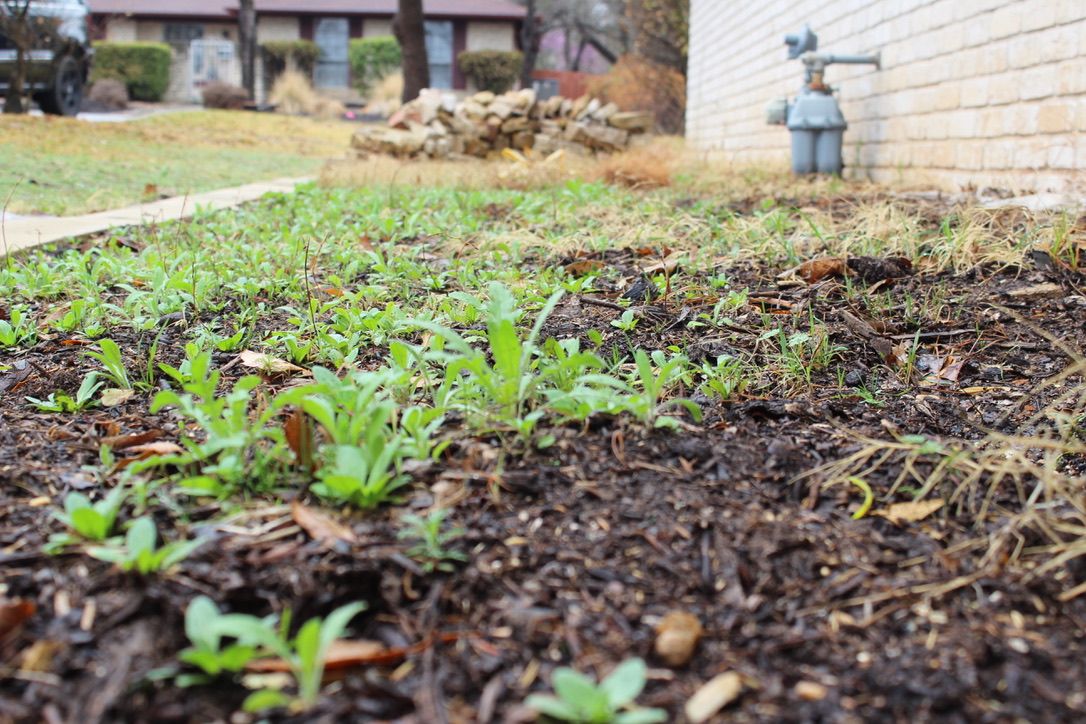 My side yard where I removed the lawn and am planting local grasses and wildflowers.

This is a blog post about getting a desk. This post is the first thing I am writing from my desk.

For the first time since college I don't have a pet or an aquarium. This morning someone came and bought all my aquarium stuff and then shortly after that my friend Amber brought me the desk I bought from her. For environmental and style reasons i like to buy used/vintage everything, with all biodegradable parts.

It's a midcentury all-wood teak desk. She bought it used and now I'm buying it from her. I am very happy to have found such a perfect desk and to have been able to get it from a friend.

I am trying to think and experiment much more about my spaces that I live and work in. This desk is an exciting part of the process. And don't worry, I'll have an aquarium again before too long. 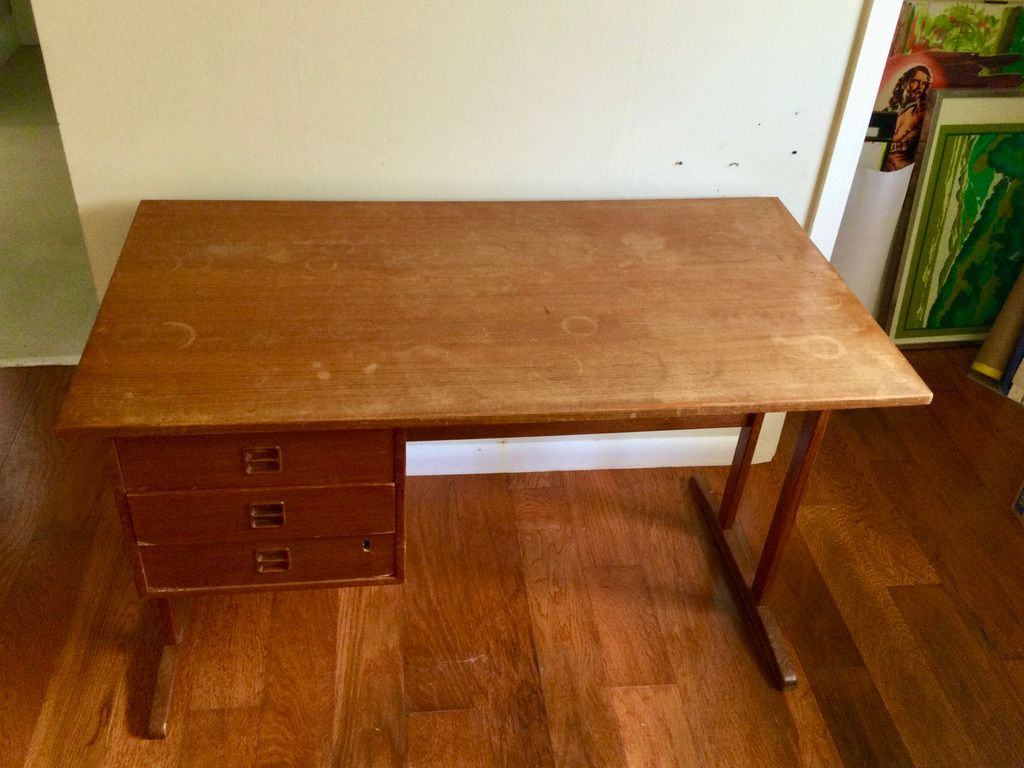 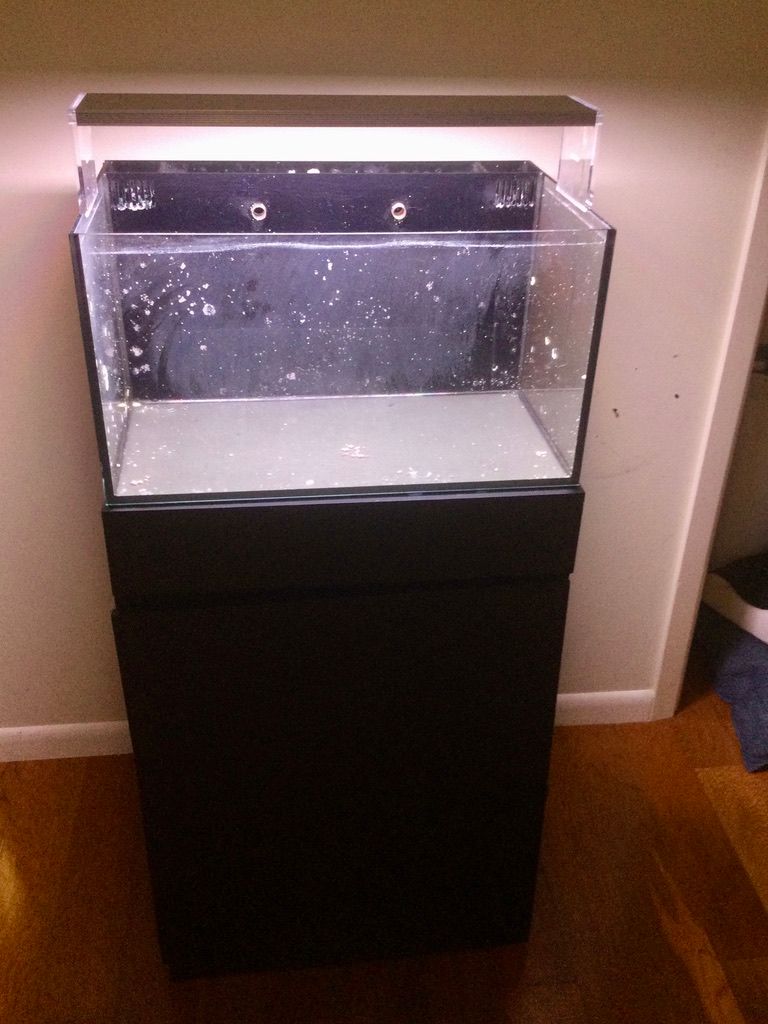 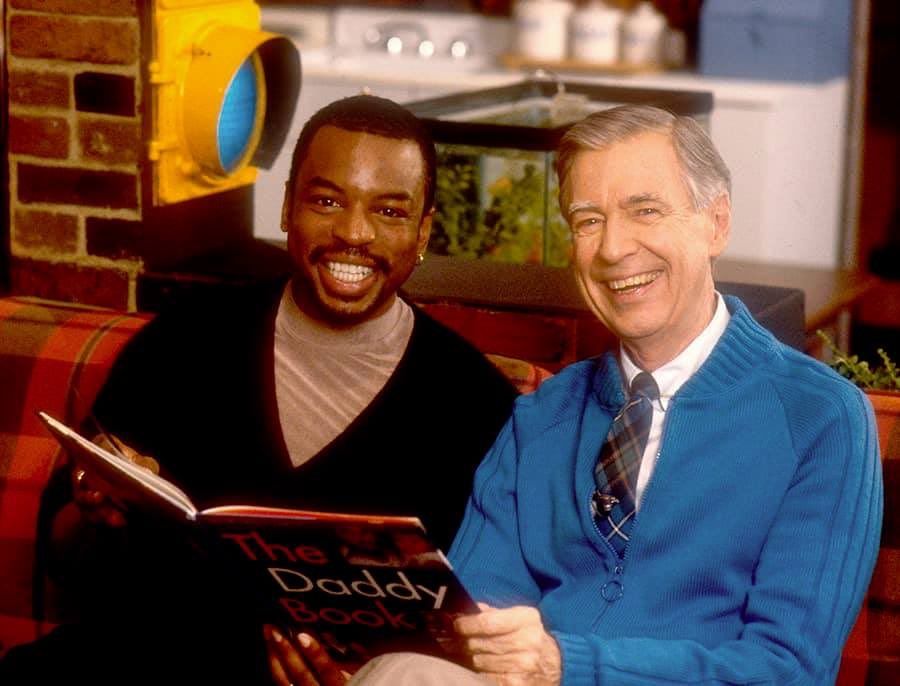 This is link to the cota vaccine place that’s open to everyone. leave it open in a tab and refresh it now and then. It took me a couple days of checking. 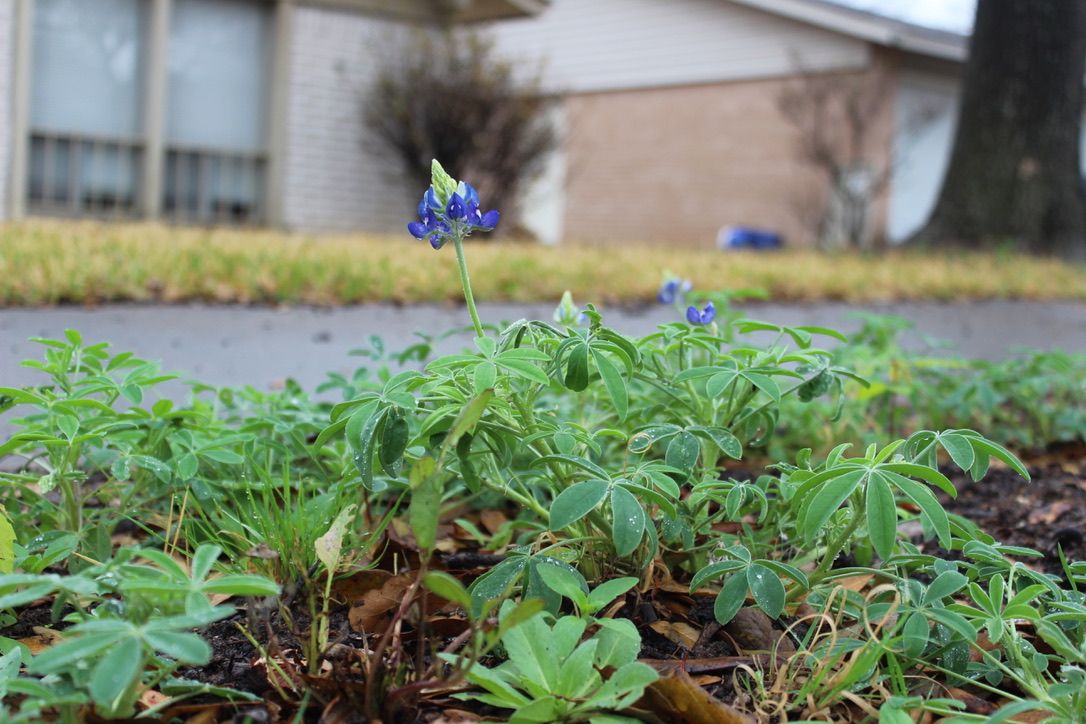 Spring arrived all at once yesterday in Austin. The cicadas started calling, the redbuds opened, and the first bluebonnets bloomed in the hellstrip prairie!

My job and hobbies have been taking care of others. My entire life I've had pets and aquariums. My job is taking care of 90 different households and their full range of problems. I'm the CEO, so I also take care of the company and my colleagues. I took care of my dog. When he died I thought I would redirect my energy into my corals. Then the blizzard ended that.

I miss Bub so much, I would much rather still have him. I wish I hadn't lost my corals. But for first time in my life I don't have another creature depending me. I have me. I'm going to give myself my energy for awhile. The notion of this terrifies me. I could always tell what my animals want. Dogs bark. Fish tanks I know by instinct. What do I need? 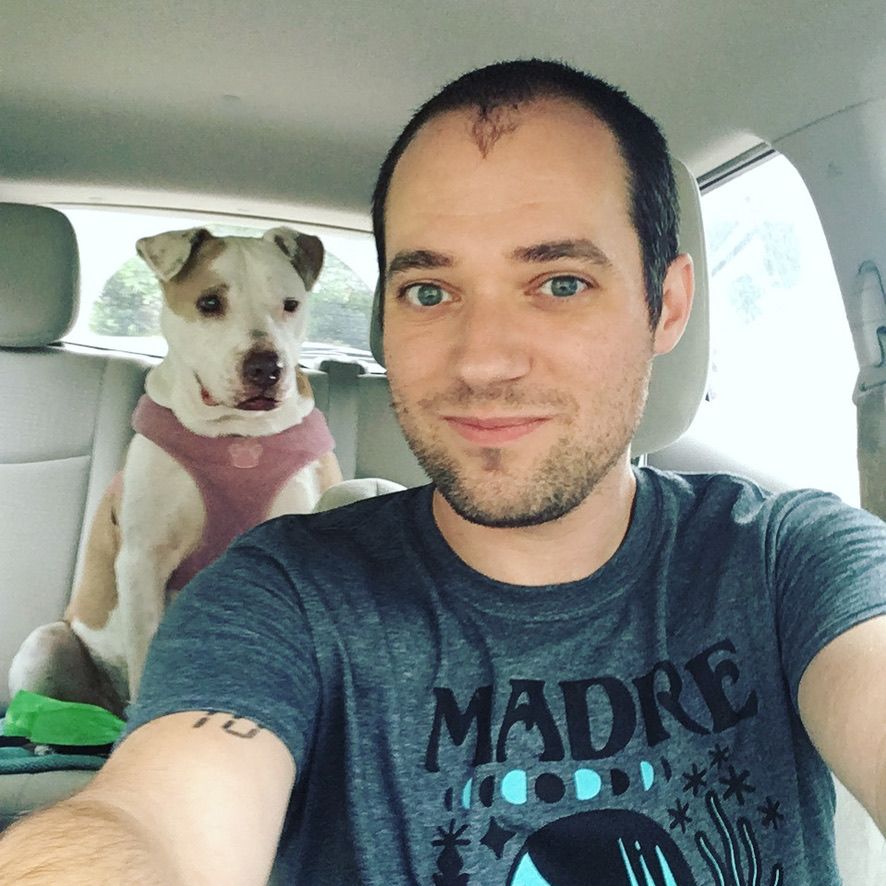 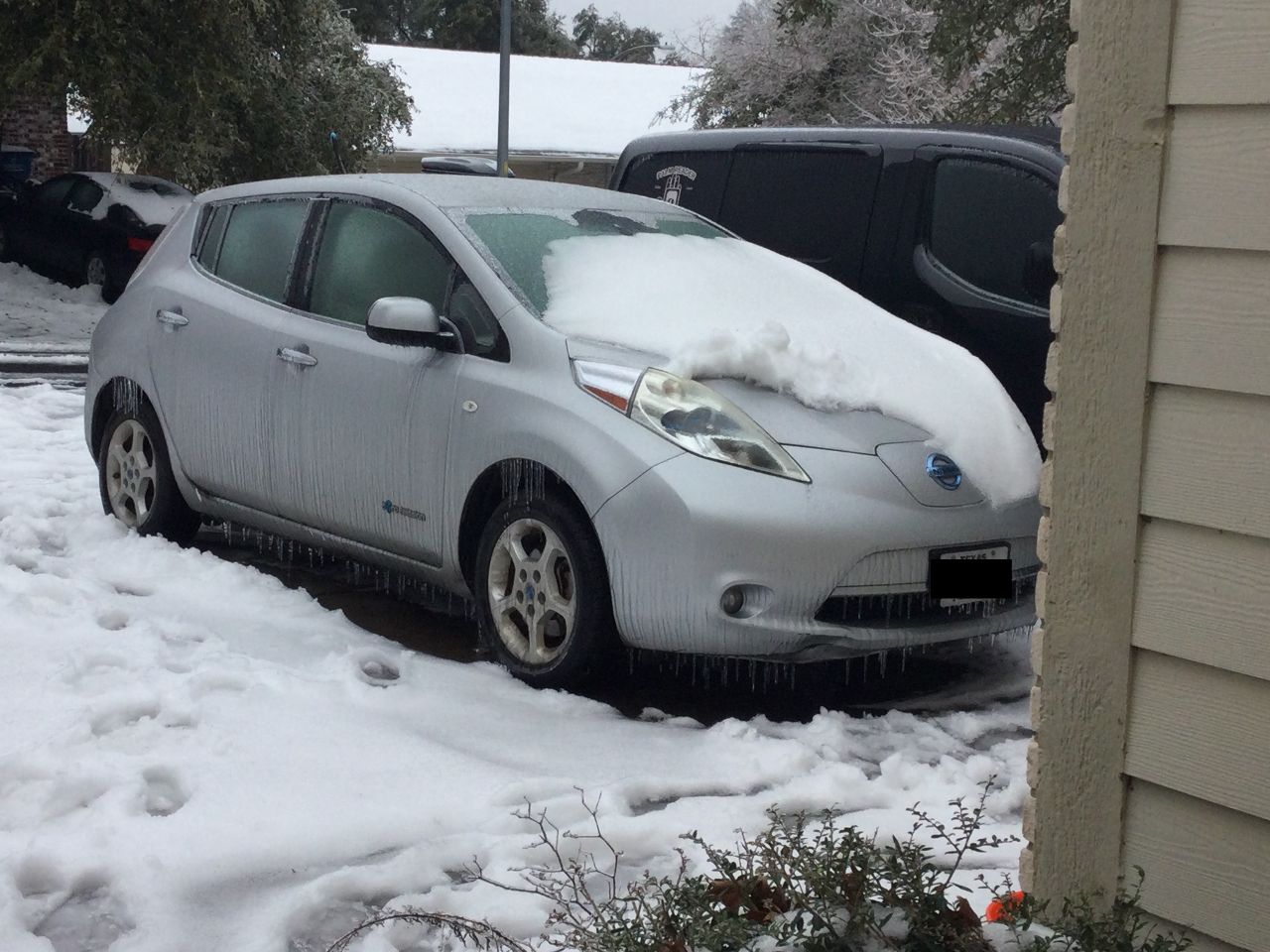 During the nearly week long power outage I saw talk about how much it must suck to have an electric car when you don't have power. True, you can't recharge at home off the grid. But it actually was wonderful to have my Leaf last week. Electric cars are enormous batteries that happen to have some car seats sitting on top of them. Before the blizzard I made sure my car was fully charged and then I sealed it up and put away the charging cable. We had no power for days, but we several kilowatts sitting in the driveway. My mom also has an electric car. It was great for both of us because you can safely go sit in the car to warm up without worrying about carbon monoxide. I've heard from people who slept in their EVs in their garages. You can't do that with a gas car. We were able to use my car to keep our power banks charged. I would charge them during the day and then we could plug in our phones and stuff at night. I let my neighbors know if they needed emergency warmth they could warm up in my car. We were iced in, no one was going anywhere, so it didn't matter that I had limited range. But I did know if I really needed to I could find a charger in a part of town that didn't lose power. Gas pumps need electricity too, so no one was refilling their vehicles in neighborhoods without power.

I'm now considering getting solar panels and battery backups so we can avoid this in the future. But that is tbd.